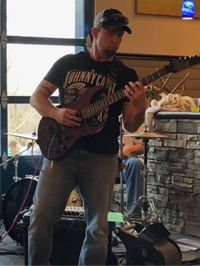 Joe was raised on Charles Town WV and was exposed to a wide range of musical influences in his youth. From 50's Rock n Roll, Country, Bluegrass, Rock, Metal, Top 40 and Jazz. He took an interest in guitar at the age of 10 and begun studying the instrument under his 1st instructor at the age of 12. During that time, he learned to read music and studied a range of classical, country, folk and rock. In Junior High and High School, he played guitar in the jazz ensemble and would begin playing his 1st Alternative Rock Band. Over the years he has studied guitar at the      Maurice Arenas Guitar Acadamy as well as Piano and music theory with instructor at Shepheard College. He has played guitar in various acts covering all genera of music. His musical influences include Tony Rice, Stevie Ray Vaughn, John Petrucci, Richie Sambora, Kenny Smith, Jim Seales, Jeff Cook, Brent Mason, Jimmy Olander, Vitto Bratta, Kurt Christiansen, and a host of others. 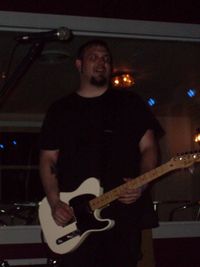 Randy is a Veteran of the Baltimore music scene. He 1st started playing at the age of 8, beginning on the banjo and then moving to guitar and bass. He draws influences from a number of places. Black Sabbath, Iron Maiden, Motorhead and Metallica being at the top of the list. Randy has shared the stage with numerous national acts and had performed in venues ranging from dive bars to arenas and stadiums. 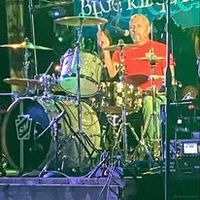 Born and raised in a small town in south central Pennsylvania — still lives within a mile of his birthplace. Started drumming at 15, self-taught, no formal training — still plays like it. Started singing duets at 7 with his Mother in the local church, and has fronted a band — still sings when the occasion hits but probably shouldn’t. No flash, no theatrics, plays for the song — does his best to dig a trench for the band to settle into. And if I don’t ask you to “sit in for one” — then NO, you can’t play my kit. Old, gray, and a bit like expired milk — chunky and sour. 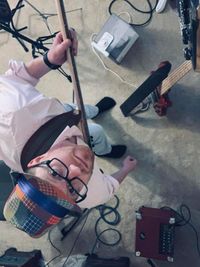 Phil is a Virginia native who has been playing bass since the age of 11. In high school, he had the honor of performing with the Airman on Note jazz band. He went on to study Music Education at Berklee College of Music in Boston Massachusetts. He has performed with several different groups throughout the years, playing bass, guitar, and as a singer/songwriter. His versatility on bass allows him to cross the genres of a jam-band. country, jazz and Broadway musicals. His musical inspirations are Stefan Lessard, Victor Wooten, and Jaco Pastorius.